Fit505 Half Rack with Pull Up Bar

Fit505 Half Rack with Fat Grip Pull Up Bar

The Fit505 Strength series brings quality, durability and value. Designed to get the most out of a half rack, the Fit505 Half Rack has multi height adjustments and a fat-grip chin up bar.

This add-on requires a parent product to be added to your cart. We have automatically added it for you!

Thank you for submitting a review!

Your input is very much appreciated. Share it with your friends so they can enjoy it too!

One of our best decisions ever!

With growing teens we decided to set up a home gym for our family for Christmas this year to use instead of spending money on gym memberships and wasting time on travel to-and-from. We're so glad we decided to purchase this equipment through the The Fitness Factory. The prices are very competitive, the equipment is solid and excellent quality and the customer service is top-notch from purchase to pickup! This rack is solid and fits well in our basement which is just under 8' high. It was one of the best investments we've ever made for our family!

We are SO HAPPY with this rack. We searched for a good quality half rack that would fit in our basement that has 7 foot ceilings. It fits perfectly into our basement and was easy to put together. It’s sturdy and functional. Was also impressed with how quickly it arrived and the cost.

Overall I'm pretty happy with this rack. It's pretty sturdy and looks great. It's bigger than I expected it to be, but room wasn't an issue as it was going in my garage. Two things to note though, as others have mentioned: first is that one of the plastic pieces came broken. Not a deal breaker as it's just for looks, but a minor annoyance. Also, as another noted, the rubber feet came warped. The longest part of the assembly process was trying to get these on. I eventually figured out to use a screwdriver around the inside of it to help it on. Pushing them on by hand was literally impossible. One last thing to mention is that the black powder coated finish on the hooks started wearing off pretty much immediately from setting the Olympic bar on it. Not a big deal, and I'll probably upgrade them down the road. All in all, pretty decent and expect it to last for years

I love it! It was affordable and is very sturdy 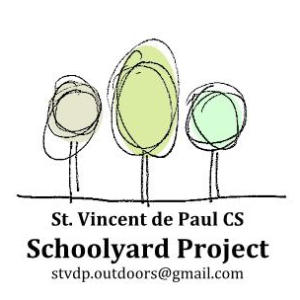 This rack allows me to do almost everything I could do at a gym. The pull-up bar is a bit low (6.5ft) but for this price, I'm more than happy with my purchase. Easy to put together, as well!

YOU ARE VIEWING THE US SITE.

IF YOU ARE IN CANADA AND SEEING THIS PLEASE DISABLE YOUR VPN.